There are some changes coming you should know about.

Though Microsoft’s Windows 10 operating system was received better than its predecessors (especially Windows 8), it’s still generated a fair amount of criticism—the worst? —that it lacks privacy. 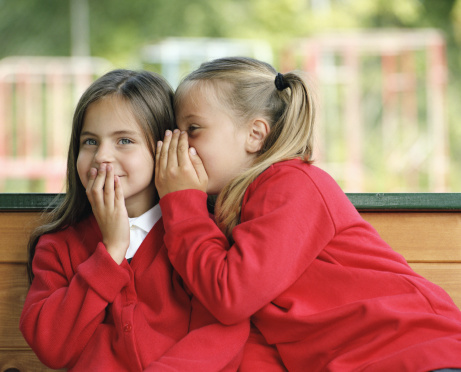 Issues began even before people started using the new operating system, including with those who felt that they were being “forced” to upgrade. Because Windows 10 was a free upgrade, files downloaded automatically, and, seemingly at random times. Plus, when the upgrade executed, it caused annoyances and troubles for many.

To their credit, Microsoft seems to have heard these criticisms and is doing whatever it can to address them. The 2017 Creators Update this past spring (which is still in the process of rolling out) brings a variety of new privacy-specific settings.

Administrators Will Have More Control.

The Windows 10 Creators Update is a product resulting from the collaboration between Microsoft and some of its most trusted users. Based on this, it should come to no surprise that many of the new privacy settings focus on allowing IT professionals and administrators more control over their environments.

The most immediate (and welcomed) new feature is an all-encompassing dashboard, giving admins at-a-glance visibility over their company’s privacy settings. The dashboard also reveals usage, and what’s being reported to Microsoft (something that was another cause for concern).

It’s no secret that Windows 10 collects a great deal of information about its users and what they’re up to. With this new dashboard, Microsoft seems to be saying: “We’re going to keep collecting information and there isn’t anything you can do about it. But, at least we’re going to tell you what we’re doing.” It’s not the most effective “mea culpa,” however, at least it’s one small step in the right direction.

One of the major criticisms that people have with Windows 10 isn’t just that data is being shared, it’s that they don’t know who has access to it. Microsoft regularly trades information with companies for advertising purposes.

When administrators set up new group policies for their enterprise, they can now choose how much data they’re comfortable sharing with Microsoft. They can select from three tier levels:

Many people agree that the level of data Microsoft collects in Windows 10 is concerning. However, the visibility they now offer is a welcome gesture. (Applications like web browsers are always collecting information about what we’re doing. Yet, most aren’t aware that anything is going on in the first place.)

To Microsoft’s credit, this seems to be an earnest effort to show enterprise partners that they’re aware of our concerns, and that they are willing to do what they (reasonably) can do ease them.

Even though Microsoft doesn’t allow us to completely restrict data going to them, industry experts hope that Microsoft sets a better example in their future platforms.

Privacy is a major concern in today’s digital world. Knowing as much as you can about what your operating system does is key ensuring your organization is protected. If your business is in New York / New Jersey and you’d like to learn more about the new Windows 10 privacy settings—Or if you have any other IT questions or concerns, don’t delay. Contact NYNJA by phone at NY (845) 664-4357, NJ (201) 785-7800 or by email at info@nynja.com. We’ll work with you to protect your data.