December 7th, 2018, is National Pearl Harbor Remembrance Day. It marks the 78th year since the tremendous military disaster that brought America into World War II. It’s a time for somber reflection and to honor those who made the ultimate sacrifice in that tragedy, those who survived to go on to fight another day in that conflict, and the few who are still living. Millions of Americans will mark the day by displaying the American flag, attending tributes and memorial services and school and public educational presentations, by visiting with survivors at reunions, and in more personal ways. 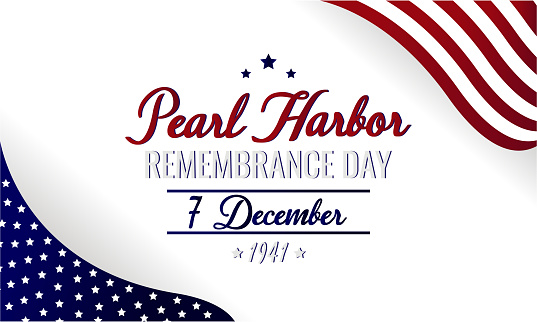 On the 23rd of August, 1994, the U.S. Congress officially designated December 7th as National Pearl Harbor Remembrance Day. In November of the same year, President Bill Clinton issued a proclamation declaring 1994 to be the first year of recognition, and it was subsequently observed the following month. It is not a Federal holiday so government offices and schools, as well as other businesses and organizations, remain open.

A Day That Will Live In Infamy

At approximately 7:48 AM on Sunday morning, December 7th, 1941, 353 Japanese aircraft, including fighters, dive bombers, and torpedo bombers, launched an attack on the U.S. naval base at Pearl Harbor, Hawaii, as well as U.S. Army Air Corps wings based at nearby Hickam and Wheeler airfields. The attack caught American forces by complete surprise. There had been no formal declaration of war or any type of warning by the Japanese.

The effect was devastating. 2,405 American sailors, soldiers, and civilians were killed and another 1,178 others were wounded. Almost 20 U.S. Navy warships, including eight battleships, were destroyed or severely damaged, as well as 188 aircraft.

The next day, President Franklin D. Roosevelt declared war on Japan, delivering his famous speech to Congress saying that the attack was “a date which will live in infamy.” Americans entered World War II with the popular slogan ‘Remember Pearl Harbor’ as their battle cry.

American are encouraged to show their observance of the day by displaying the United States flag outside of their homes, and at half-mast, if displayed on a pole, until sunset on December 7th. Many also plant flags on the graves of veterans and attend reunions and other events associated with the day.